Adolescence can be at times terrifying, confusing and painful, and at other times a thrilling journey.

At this stage, teens experience perplexing changes in their body, brain and thinking.
‍
This makes adolescence a challenge for both teens and the adults that support them. 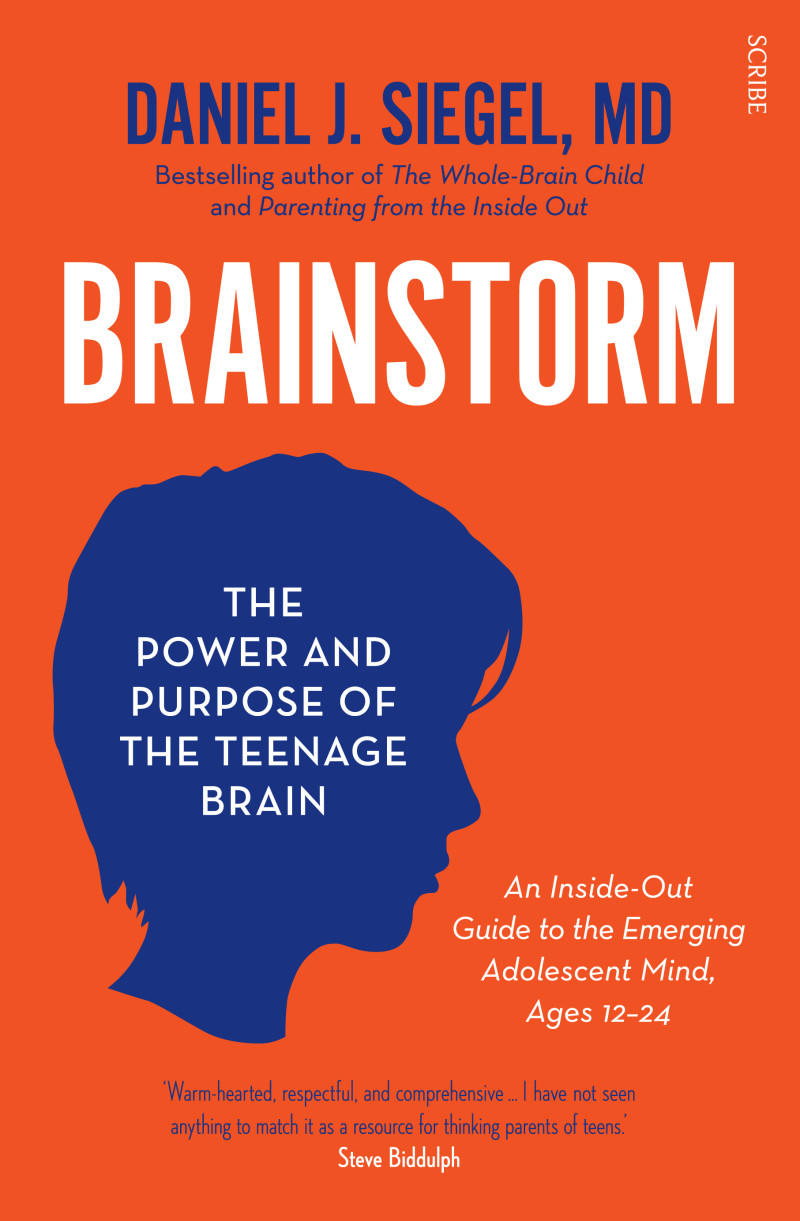 In Brainstorm, neuropsychiatrist Dr. Dan Siegel shares important insights about the teenage brain to help parents, educators and teens appreciate this period of development. He does a great job of making the science understandable and offers practical tips for healthy brain growth during this time. Dan Siegel dispels common myths about teens that narrows our view of adolescence as merely a period to survive rather an opportunity to thrive.

Let’s put the brakes on some myths and consider the facts that focus on positive essence of adolescence.

Myths and facts about adolescence

1. Hormones makes teens “go crazy” and they “lose the plot.”

Puberty is triggered by changes in hormones. Hormone melatonin responsible for inducing sleep, slows down, so teens find it harder to sleep early and get out of bed.

BUT teen experience and their emotional functioning is impacted by huge healthy, natural changes in brain development. The brain changes during this period that influences teens to seek novelty, can foster creative exploration and a motivation to try new things in life.

2. Teens are immature and they will eventually need to just “grow up!” and grow out of it.

It’s not until the early to mid twenties that the brain fully matures, so teens still find it hard to curb their emotions which can influence their capacities to think and regulate their impulses.

BUT this is an ideal time for teenagers to thrive and learn new skills since the brain has a growth spurt, and also gets rid of unused neurons -“Use it or lose it.”

“You cannot change the fact that the human brain is individually wired. Every student’s brain, every employee’s brain, every customer’s brain is wired differently. That’s the brain rule. You can either accede to it or ignore it.” (John Medina, Brain Rules).

3. During adolescence, teens need to learn to be independent from adults.

As teens strive for their independence, their behaviours can be misconstrued as attempts to push away or reject those close to them.

BUT these stable, secure and consistent attachment relationships (parents, extended family, teachers) are even more critical during adolescence to buffer the challenging and stressful teen experiences.

As a parent, aunt, uncle, grandmother, grandfather, it may be a time that you retire from your job as teen coach and instead taking on an important role as teen mentor.

Even though teens may feel more confident “calling the shots” on lots of decisions in their life, they still benefit from a mentor to guide them with their choices.

Plug-in to your teen

A teen’s day can be ruled by a roller coaster of intense emotions, switching from feelings of excitement and vitality to moments of sadness, rage and anxiety.

The ups and downs can contribute to risk taking behaviour, impulse decisions, moodiness and reactivity.

Feelings have the power and strength to motivate, giving vitality and meaning to a teen’s life BUT they don’t have to be completely ruled by them.

So how do we connect with teens and help them with their emotions?

Moments when you’re in the car, when they’re having a snack or even when they’ve walked into the door.

Show your teen that you’re completely plugged in.

This can mean just sitting next to your teen and resisting the temptation to check your phone. When it seems like you’re doing nothing for 5-10 minutes but “sitting with”, you are contributing to complex brain wiring of building attachment security,which is fundamental for development.

Strengthen your own skill of plugging-in to your emotions.

When we’re not attuned to our emotions, we can be easily triggered into being reactive to those around us. Tuning into our emotions also helps us model to our teens safe and effective ways to deal with feelings

Re-charge your battery and try to plug-in to your teen in an hour, in a few hours, or even tomorrow.

Accepting that there are times when you’ve tried to plug-in and you’re not getting much reception. It’s tiring and you need a break. Relationship security is not developed without fights, frustrations or ruptures. It’s about being consistent and predictable, repairing relationship and showing up as their secure and safe base when they return.

Moments when you’re in the car, when they’re having a snack or even when they’ve walked into the door.

Use creative ways to plug-in.

Everyday, practical situations that are relatable can help with engagement. Ask your teen about their music playlist and listen to it. Watch a game together that they enjoy.

The practice of mindfulness produces health and psychological benefits.

It calms the mind and improves awareness to what is going on around us and within us.

Since teen brains are constantly pulled by intense emotions and drawn to find novelty, it becomes harder to pause and be aware of the present moment. The Mindfulness playlist is about helping build the skills of mindfulness using music. Research shows that music can have a relaxing effect on bodies and minds, slowing the pulse and heart rate and decreasing stress hormones. AND everyone these days has a playlist!

Seek a comfortable and safe space to listen to your playlist.

Standing up rather than lying down to help maintain focus. Choose music without lyric to minimise distractions.

Take a moment
to breathe.
‍
Be aware of the breath entering the nose and filling the body.

Notice without
judgment.
‍
The tone and pace of the music, shift in volume and change in sounds of different instruments.

Tune into
the music.
‍
Use earphones to help you focus on the sounds and shut out the external noise.

What can I expect from therapy?

For most people, the first time they see a psychologist can seem like a daunting experience. There is a sense of unpredictability and perhaps pre-formed beliefs and views about what counselling is like, how a psychologist looks or what they are expected to do.

In the past few years, in the company of teens in my work and in my personal life, I have found myself suddenly struck by euphemisms like “vintage” and “retro,” as if some-how I have entered into this age bracket of urban slang that suddenly fits me.

Wandering is what the mind does, no need to judge or be angry at the wandering. Recognise you’ve been distracted. You’re only human…

How can we help?

Inward Out are experienced and caring teen psychologists in
western Sydney.

We help teens with problems like school related stress, change, anxiety and depression.

Speak to us today about a free 15-minute consultation.

Get in touch with us

Inward Out acknowledges the traditional custodians of the land on which we operate, the Darug and Gundungurra peoples and their elders, past, present and future.